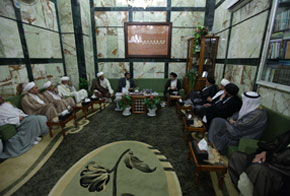 Meeting
Delegation of Islamic society of peace visited Al Abbas Holy Shrine Thursday 16 Rajab 1433 – Jun. 7, 2012. At the time they got to the holy shrine, they met the Secretary General, Sayed Ahmed Alsafi and some of the members of the administrative council.

About the nature and the aim of the visit, secretary general of the Islamic society explained to Alkafeel net saying: this visit comes to strengthen the unity among the Iraqi people, and work on spreading the culture and tolerance and leaving all the unacceptable acts.

The delegation stressed on the unity among the Iraqi people and all the imams of all the sects have to call for unity among people.

It is mentioned that the Islamic society is and Islamic, national, independent society founded in 2004, including scholars from the Shiite, Sunni, and other sects. 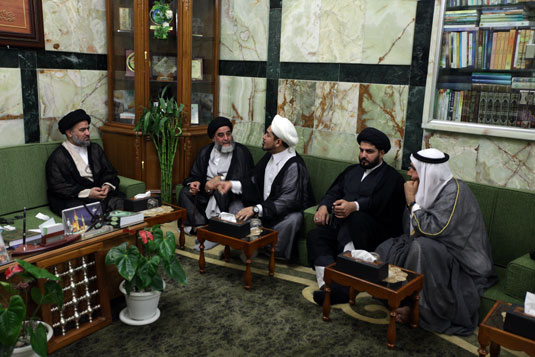 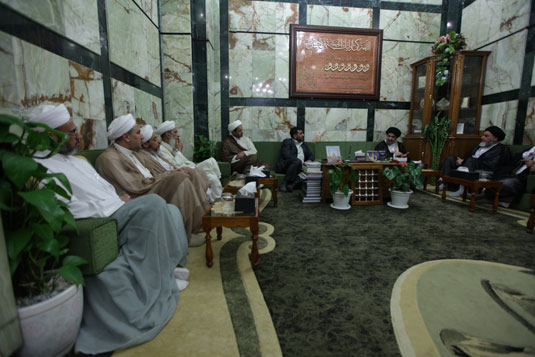 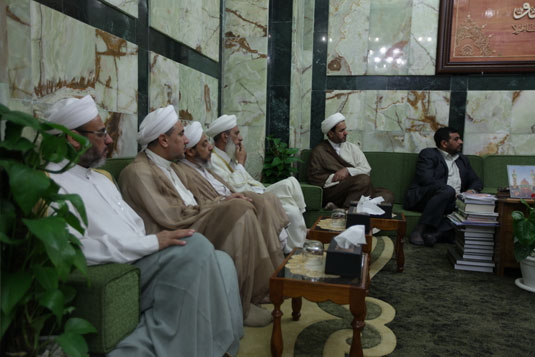 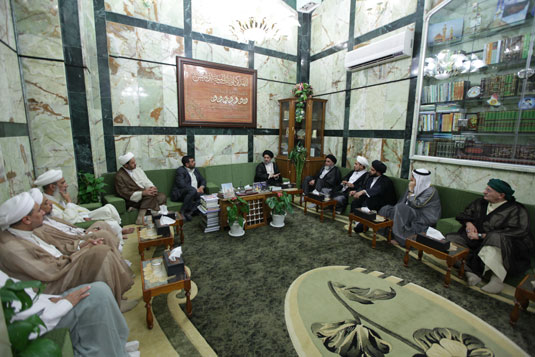 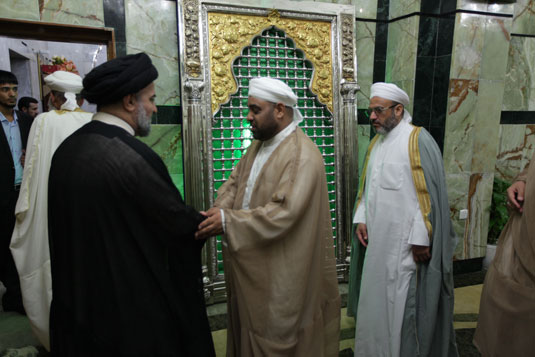 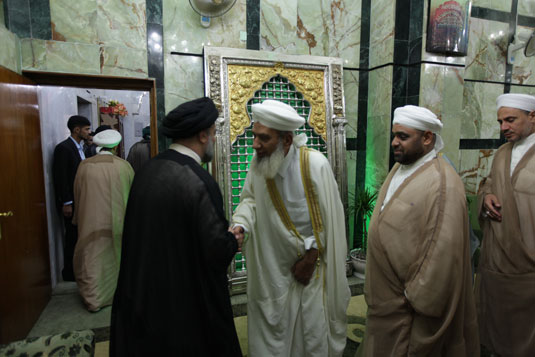